1.How to normalize numeric input data
2.How to encode categorical data
3.How to generate neural output in the range [0.0, 1.0]
4.How to measure error when training
5.How to measure accuracy when testing

In addition, the algorithms used to train neural networks (typically back-propagation or particle swarm optimization) are major sub-problems in themselves. Neural networks got a bad reputation in the 1990s for a variety of reasons, but I believe we are beginning to see a rebirth of the importance of neural networks, due in part to the rise of Big Data problems and advances in hardware to handle massive problems. 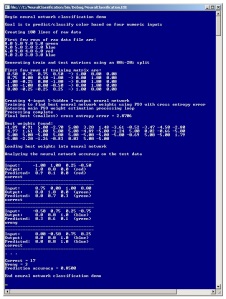 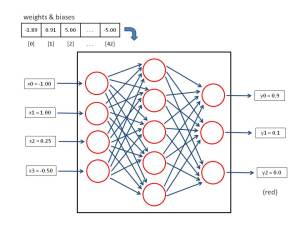