Posted on December 22, 2017 by jamesdmccaffrey

Suppose you want to create a neural network that can perform binary classification. A standard benchmark example is the Banknote Data Set where the goal is to predict if a banknote is authentic or a forgery based on four statistical properties of an image of the banknote.

You can use either the one-node technique or the two-node technique. Using the one-node technique you set up the training data and a one-output-node neural network so that 0 represents one class (authentic) and 1 represents the other class (forgery). The neural network will output a single value between 0.0 and 1.0. If the computed output value is less than 0.5 the prediction is class 0, otherwise, if the computed output is greater than or equal to 0.5, the prediction is class 1. 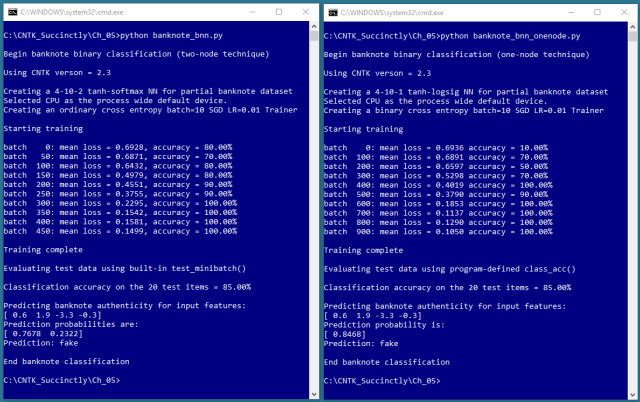 Bottom line: Both the one-node and two-node technique for binary classification work fine and picking one technique over the other is a matter of subjective preference. 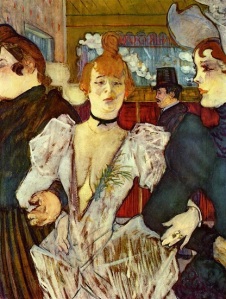