Posted on December 1, 2021 by jamesdmccaffrey

Zoltar is my NFL football prediction computer program. It uses reinforcement learning and a neural network. Here are Zoltar’s predictions for week #13 of the 2021 season. It usually takes Zoltar about four weeks to hit his stride and takes humans about eight weeks to get up to speed, so weeks six through nine are usually Zoltar’s sweet spot. After week nine, injuries start having a big effect.

Zoltar theoretically suggests betting when the Vegas line is “significantly” different from Zoltar’s prediction. In mid-season I usually use 3.0 points difference but for the first few weeks of the season I go a bit more conservative and use 4.0 points difference as the advice threshold criterion. In middle weeks I sometimes go ultra-aggressive and use a 1.0-point threshold.

Note: Because of Zoltar’s initialization (all teams regress to an average power rating) and other algorithms, Zoltar is much too strongly biased towards Vegas underdogs. I need to fix this.

For example, a bet on the underdog Saints against the Cowboys will pay off if the Saints win by any score, or if the favored Cowboys win but by less than the point spread of 5.0 points (in other words, by 4 points or less; if the Cowboys win by exactly 5 points the wager is a push).

Just for fun, I track how well Zoltar does when just trying to predict just which team will win a game. This isn’t useful except for parlay betting. In week #12, just predicting the winning team, Zoltar went 9-6 which is poor — as has been the case for the past few weeks, there were many upsets in week #12.

In week #12, just predicting the winning team, Vegas — “the wisdom of the crowd” also went 9-6, the same as Zoltar.

Zoltar sometimes predicts a 0-point margin of victory, which means the two teams are evenly matched. There are three such games in week #13. In those situations, to pick a winner (only so I can track raw number of correct predictions) in the first few weeks of the season, Zoltar picks the home team to win. After that, Zoltar uses his algorithms to pick a winner. 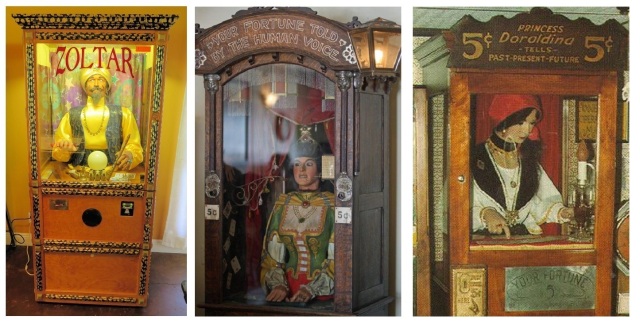 This entry was posted in Zoltar. Bookmark the permalink.