Posted on August 5, 2022 by jamesdmccaffrey

A teratoma is a type of tumor that can contain fully developed tissues and organs, including hair, teeth, muscle, and bone. A dermoid cyst is similar — they can contain hair, teeth and toes/fingers.

Here are ten science fiction movies that have a teratoma / dermoid creature. Listed in no particular order. Note: This blog post was inspired by Jourdan McCaffrey. No, Jourdan does not have a teratoma growing out of her back, at least as far as I know.

1. Malignant (2021) – A young woman named Madison has visions of a killer. Is she insane or is it her parasitic twin Gabriel? I don’t usually like horror themed sci fi but this movie is pretty good. I give the movie a B+ grade. 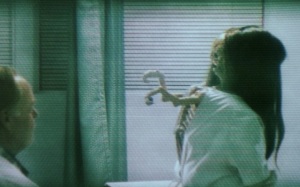 2. How to Get Ahead in Advertising (1989) – This is a black comedy. An advertising executive named Denis grows a cynical new persona. This movie has somewhat of a cult following but I give it just a C+ grade. 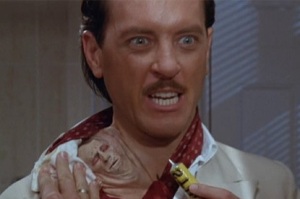 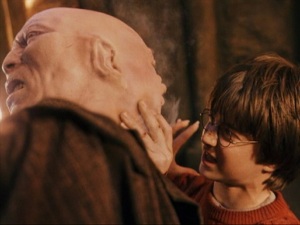 4. The Incredible Two-Headed Transplant (1971) – A scientist adds the head of a psychopath to a mentally handicapped man. I give it a C- grade. 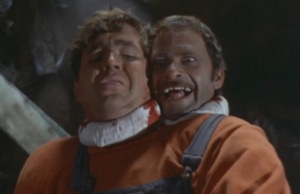 5. The Manitou (1978) – A woman named Karen has a large and growing tumor on her neck. It turns out to be an evil Native American shaman named Misquamacus. Good idea but weak execution. I give it a C grade.

6. The Manster (1959) – Mad Japanese scientist Dr. Suzuki, aided by his seductive assistant Tara, injects American news reporter Larry Stanford with a drug that causes an eye to grow on Stanford’s shoulder. Objectively not a good film, but it has a certain charm and I give it a B- grade. 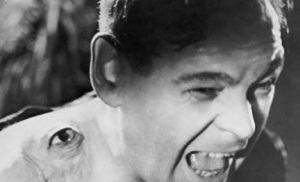 7. The Thing with Two Heads (1972) – Wealthy Dr. Kirshner is dying but transplants his head onto convict Black Jack Moss. Some people like this movie a lot but I’m not a fan of it and give it a C- grade. 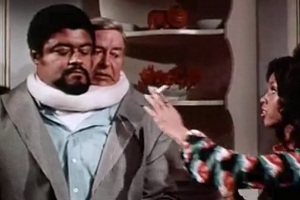 8. Total Recall (1990) – In 2084, construction worker Douglas Quaid goes to an evil mining operation on Mars and meets the resistance leader Kuato, a mutant growing out of the abdomen of his brother George. Great special effects but I don’t like ambiguous story lines so I give the movie a B+ grade. 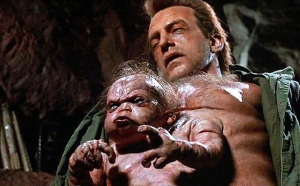 9. Jack the Giant Slayer (2013) – Jack goes up the beanstalk and rescues princess Isabelle from of General Fallon, the two-headed leader of the giants. The movie is less than the sum of its parts and I give it a C+ grade. 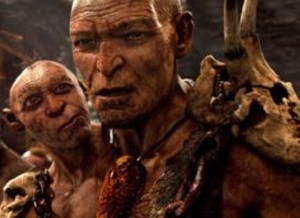 10. The X-Files TV episode “Humbug” (1995) – FBI agents Mulder and Scully investigate a series of murders in a community of former circus sideshow performers. It turns out the killer is Lanny’s parasitic twin, Leonard, who is able to detach himself from Lanny’s body. I’m not a fan of this TV series but I liked this episode and give it a B- grade. 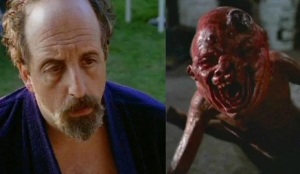