Posted on November 14, 2022 by jamesdmccaffrey

I was walking my dogs one evening when I thought of a problem: how to combine two mathematical permutations. Suppose:

Here I use 0-based permutations of order = 10. How can you combine the two permutations in a way that retains characteristics of the source permutations, as opposed to just a random result? 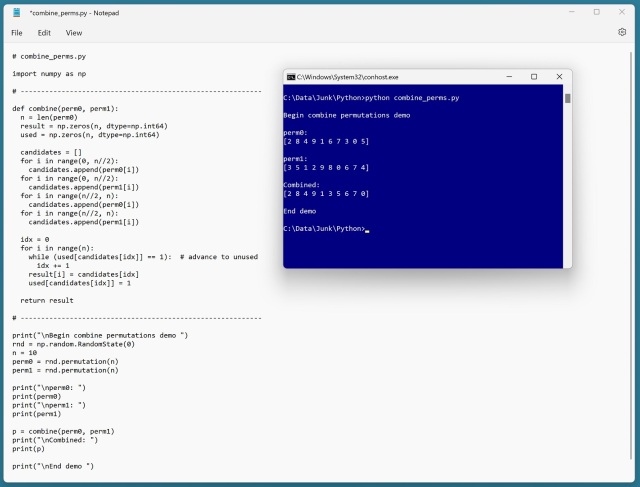 For the two permutations above, the candidate list is:

The problem of combining two permutations has been in the back of my mind for a long time. It might be useful for an evolutionary algorithm for combinatorial optimization. But that’s another blog post.

Modern slot machines are very sophisticated and practically works of art. I don’t enjoy playing slot machines because there is no decision making by the player. But I do admire the wildly creative designs I see when I’m in Las Vegas.